Around 1960, space travel and robots were very much in the imagination of the public and the Decap firm in Antwerp thought that this subject offered good potential for animation.  The design of the robot figures reflected the contemporary popular concept of what ‘real’ robots might actually look like.  The first such instrument proved an instantaneous success and others quickly followed. 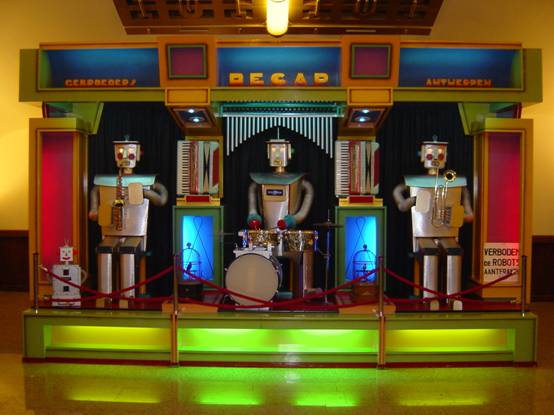 The robot organ shown above is the largest of this type to be built by Gebr. Decap; it is a 105 key instrument built in 1963. Only three 105 key Robot organs were ever produced: we have restored two of them.

The organ was completely overhauled by us and now forms part of an extensive private collection of mechanical music, located in the Netherlands. (See video below)

A more recent project is the restoration of the famous “Blue Angel” 105 key Robot organ, originally from the café-dancing of the same name in Belgium. 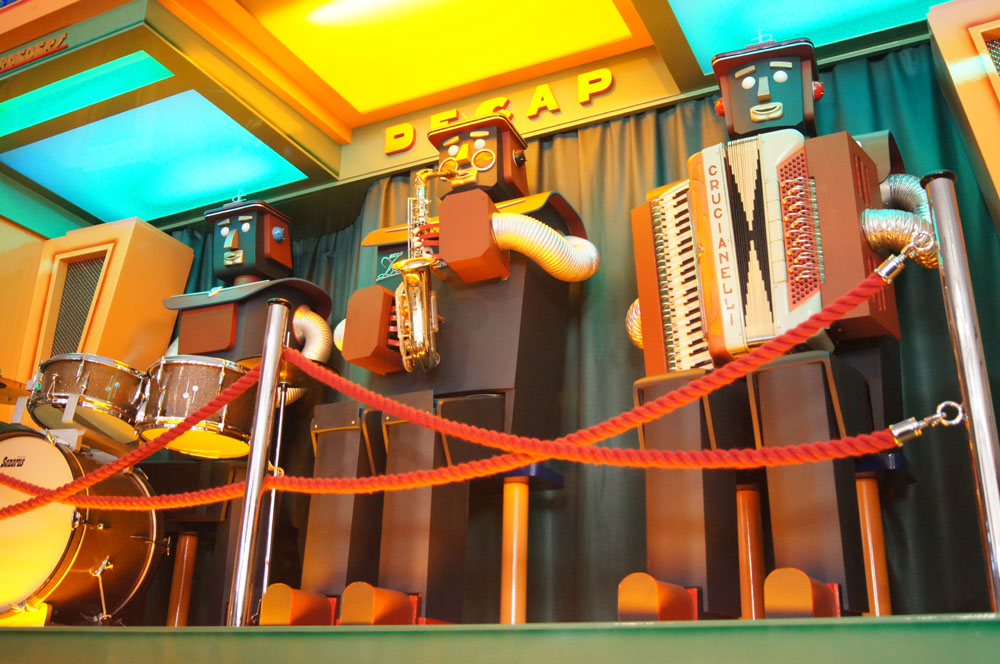 It was acquired in England by American collectors Jim and Sherrie Krughoff in 2004, but before being shipped to their home, it was entirely restored in our workshops. The façade, which had been over-painted, was re-decorated in the original colours and style.
.
. 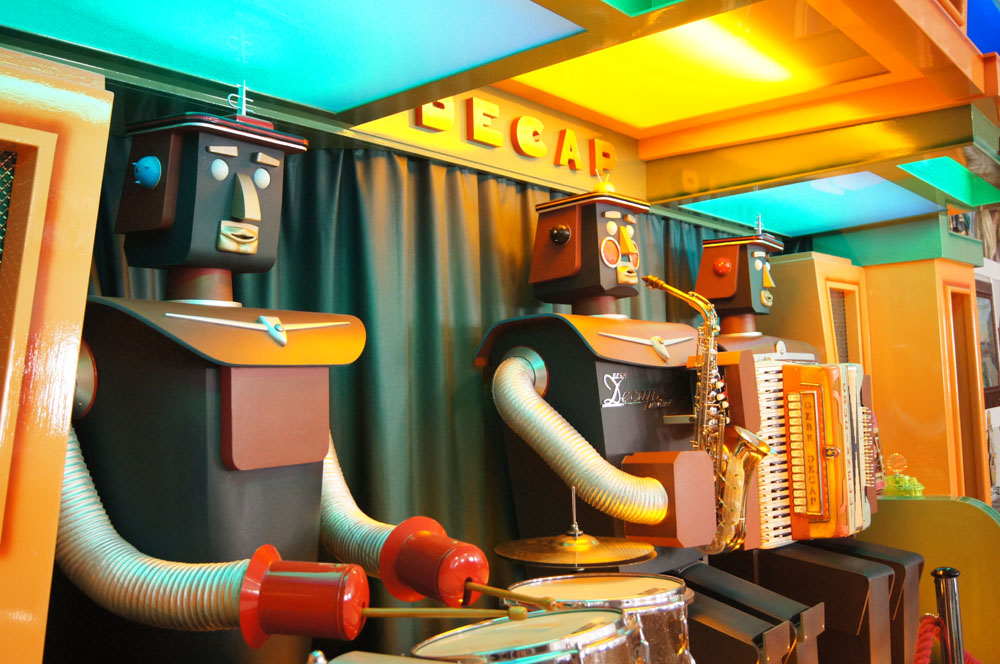