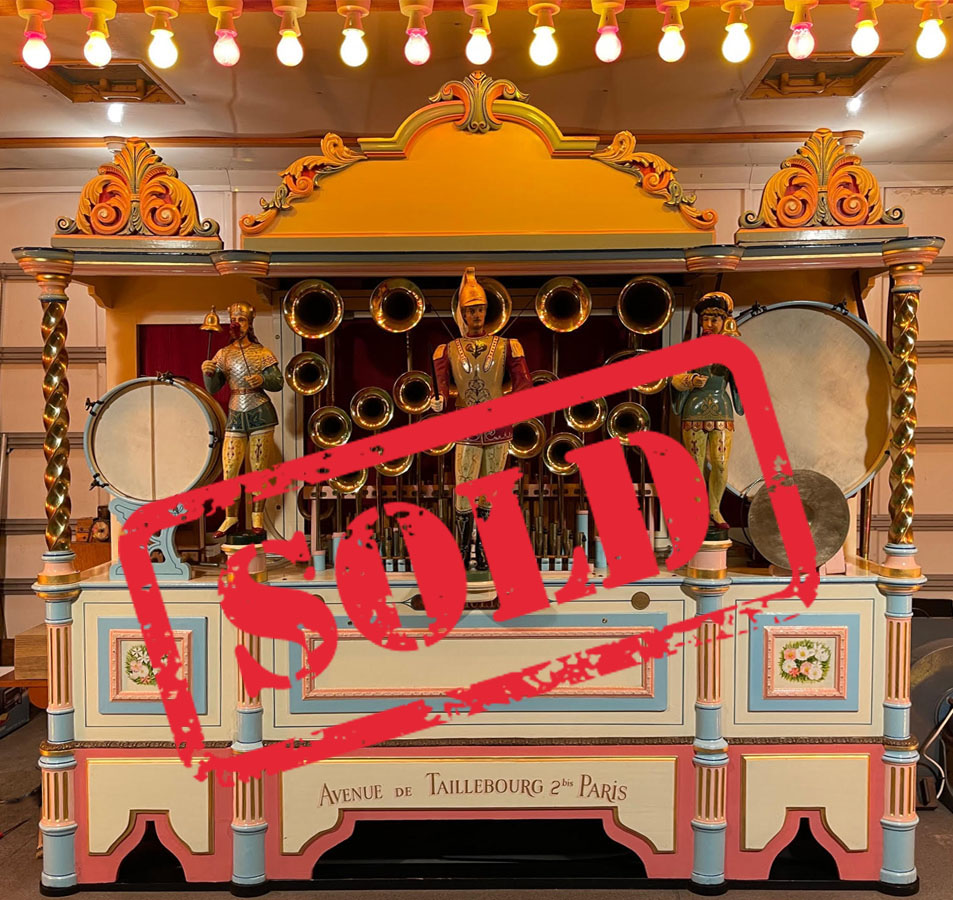 This fairground barrel organ was built in Paris during the 1880s (serial number 6742) and is the oldest-known surviving Gavioli instrument of this type. The organ was extended before 1914 by A. Varetto & Sons in Manchester, by the addition of percussion (bass drum and cymbal and snare drum) mounted in removable wings. The 70-key scale had to be slightly changed to release three keys for this to be possible, but the organ was never fitted with a self-changing device, as were many of this type. The instrument saw long use in a steam-driven galloper (carousel) ride and was rescued for preservation in a very poor state in about 1960. We first saw it, completely dismantled, in the mid-1970s., when we were commissioned to return it to playing condition. We knew this would not be an easy task as the brass clarinets, trumpets and trombones would have to be replaced as the few originals that remained were in such a corroded state. 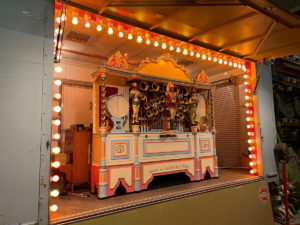 After several years, however, these problems were finally overcome and the organ became playable again. The pinned barrel, dating from the 1920s, has a repertoire of 9 tunes. Naturally, its condition could not be judged until the organ had been restored and to mitigate the chance that the barrel was no longer in good condition. In order to have a greater variety of music, an original 89-key Gavioli keyframe was obtained and a new mechanism devised whereby the barrel could still be played, but when required, cardboard music books could be used as well. To make this possible, the music books are made to a special scale which is very close to the original barrel one; the organ was not converted to play an existing standard scale.

The organ has a sound which is seldom encountered today; a realistic clarinet imitation carries the melody, embellished where appropriate with a clear piccolo obligato. The brass trumpets make their presence known when they come into the music, and the whole ensemble is accentuated by powerful brass trombones augmenting the bass, and the bass drum with cymbal and the snare drum marks the rhythm. Gavioli referred to this type as “musique militaire” – the illusion of a small band is further enhanced by the smart bandleader in his uniform, tirelessly marking the beat with his baton. Two attractive bell ringers complete the illusion. 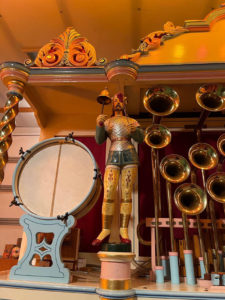 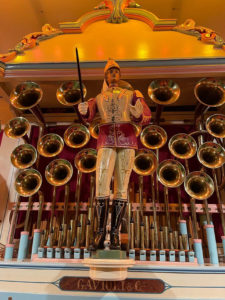 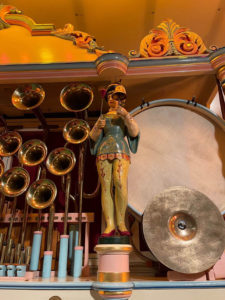 With its original hand-carved figures and shining brasswork, this organ is a very rare survivor of the distant days when fairgrounds were lit by oil lamps and entirely powered by steam.

This is a rare opportunity for an advanced collector to acquire a unique, 130+ year old piece of fairground history. We will be pleased to discuss this organ with serious enquirers.