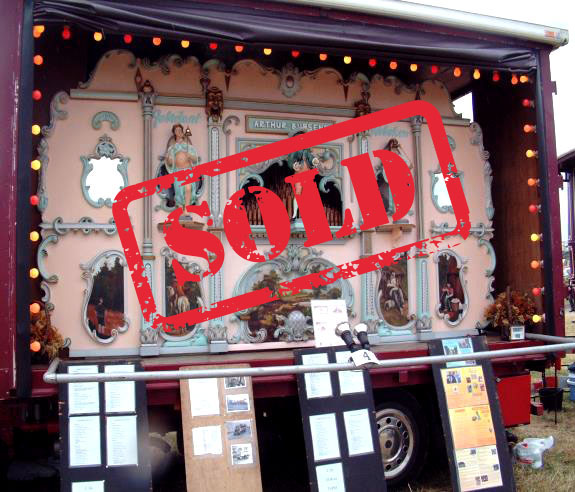 This organ was built in about 1970 by Arthur Bursens, of Hoboken, Antwerp, Belgium, as part of a batch of four. This particular one was bought by Lord O’Neill and became an attraction at Shane’s Castle in County Antrim, mounted on a 1920’s Leyland lorry. Later, it was sold to Arthur Mason in Norfolk, and in 1981 passed to John Harrison of Pontefract. We extended the façade and built a proscenium, which the organ had always lacked. 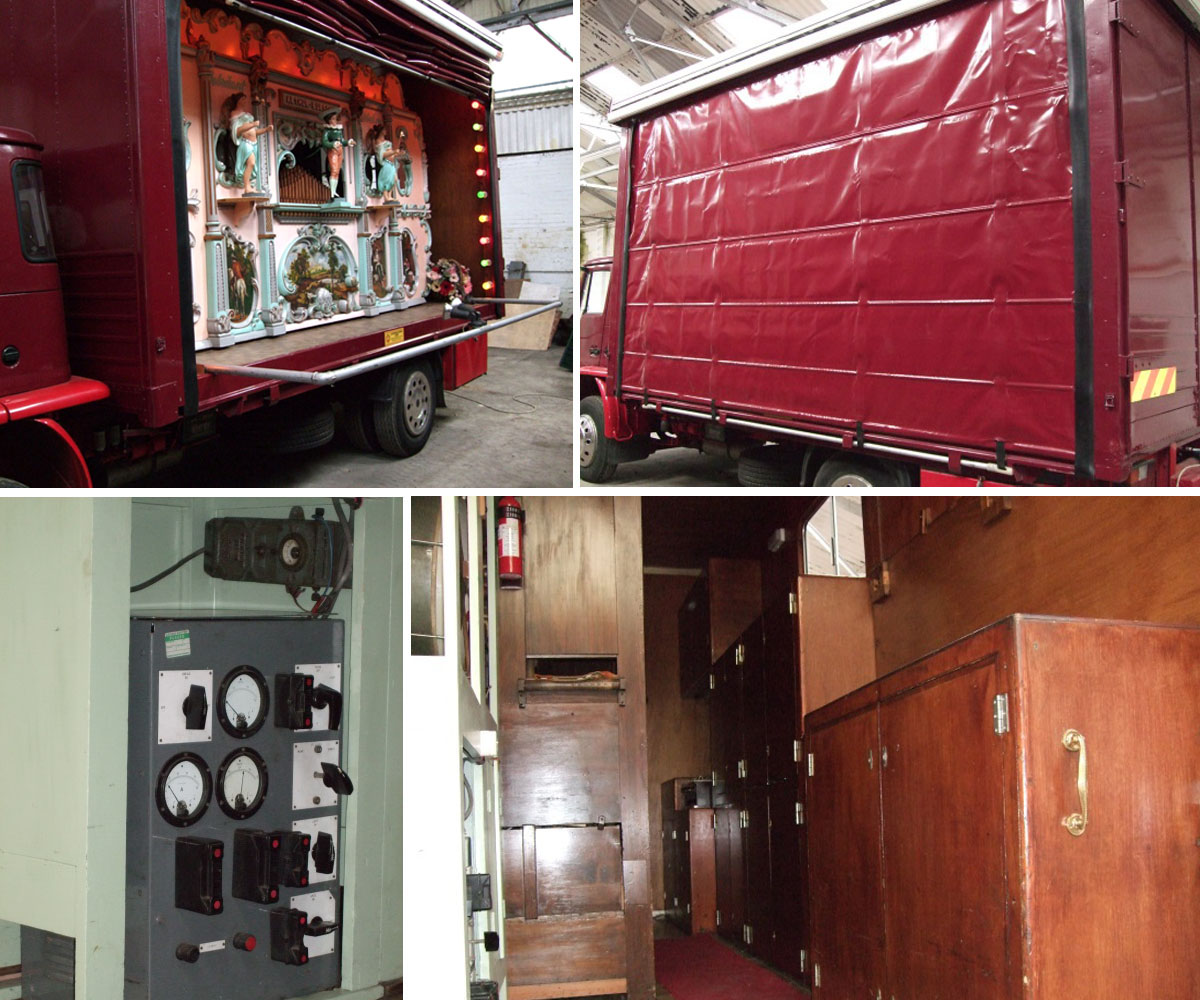 Much new music was supplied at the time, and the organ was extensively exhibited. The organ changed hands again before being acquired by A C Pilmer Automatic Music Ltd. and mounted in a newly-converted Bedford display vehicle. In this guise it was frequently rented out and spent time on hire at Lightwater Valley Theme Park in North Yorkshire, as well as attending many public events in the north of the country.

In 1990 the organ was acquired by the present owner who has had much pleasure with it, but has now decided the time has come to let someone else enjoy it.

The organ plays a special Bursens scale, not the standard 52 key (Limonaire) scale.

The organ operates with bellows and is a high-quality instrument. Mr Bursens died in 1982, marking the definitive end of the Bursens family’s organ building activities. The organ is still mounted in the Bedford display vehicle and is ready for use. This organ is currently located in the Littleboy’s Vintage Restorations’ showroom.